somewhat of a timeline

There was an interesting thread on the livePA.org forums about our timeline in music, after i typed all that, i decided to share it with you

1984, when i was 5, i asked for a 24 input mixer for christmas because it had 4 big VU meters (instead of the toy catalog, i was eyeing the Radio shack catalog for mas)

1989-1990 got my first guitar, used my dad 1/4 inch reel to reel with sound on sound to multitrack my first song, experimenting with mic on my practice amp, direct recording, overdriving inputs 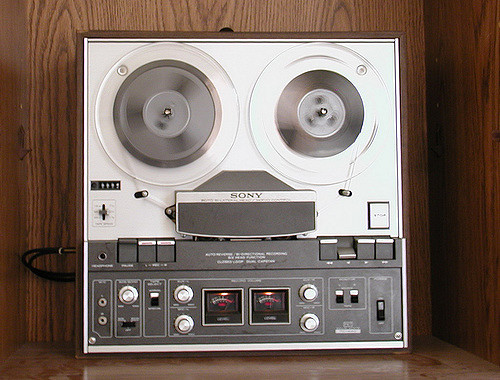 summer 1992 borrowed a tascam 244 and a tr707 from school for the vacation, didnt get to see a lot of sun that year, composed and recorded many pieces.
discovered the "classic" techno beat and how to program it and started experimenting with making "dance" music with it (recording basslines at double speed to get bass out of my guitar and other speed processing to create synths out of the guitar 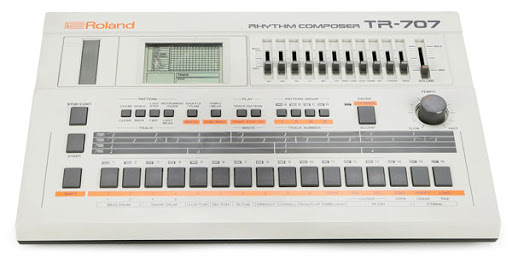 1993 played my first stage show as a guitar player

1995 got my first home computer, started using it to play back beats so i could play guitar, soon the guitar gathered dust in a corner while i was making more and more electronic stuff with an 8 bit half duplex soundblaster with built in fm synth or stuff)
also decided i'd call my project music for machines as i didnt think anyone would be interested in that kind of crap, guitars with computer drums and bass, what a silly idea

1998
got the MC505 the day it was released, moved to techno music only
went into sound engeinering school and sound design program, got my 2 diplomas,
got cubase (vst3.5 or something) and my 1st multi IO soundcard (dman 2044) 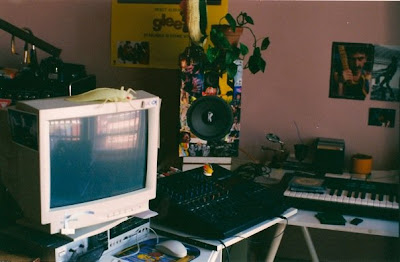 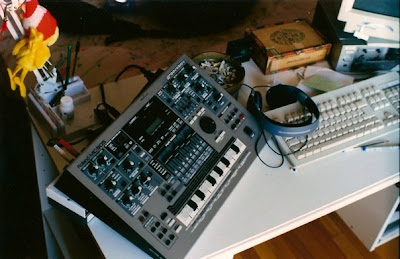 my first "studio" (anyway the first i have pics of)

still composed, produced for others, recorded others songs

1999 for a college band contest, we improvised a live pa band plus guitar bass and 3 vocalists, finished second 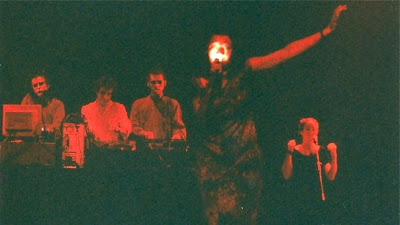 Cegep en spectacle 1999
summer 2000 after school was over i moved to the big city and met an old friend who needed a knob twiddler for live PA, so for a couple of years we reharsed and gigged as a 2, sometimes 3 person live PA act)

2002 went back to guitar playing with a band, recorded 2 albums myself, gigged with a computer as synth player and at the same time performing solo with just a laptop running reason and a few MIDI controllers and a small mixer

The "Studio" used to record the albums

Setup for a small corporate Gig with a violin player

The Studio in those days
2006 band broke up, ended up with piles and piles of gear in my appartement, started to pick all the good bits and started doing live pa with hardware again, started filming everything so i can remember what i did, and also went on a HUGE garage like sale everything not used and bought lot of gear 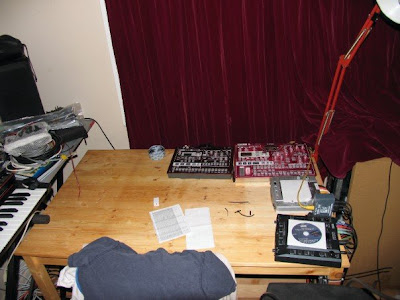 starting getting the HW out of storage 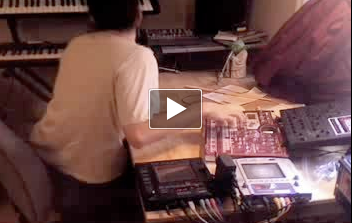 2007 moved to another city, started to oget freaky with racking and roadcasing everything, making it less of a PITA to dismantle the whole studio to go out on a gig, which was a HUGE loss of time (especially plugging back everything back home to be able to work again lol 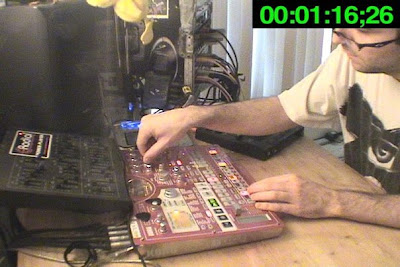 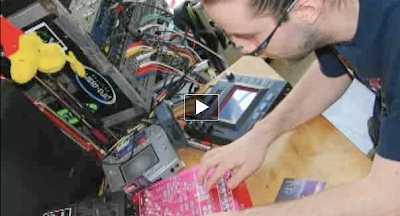 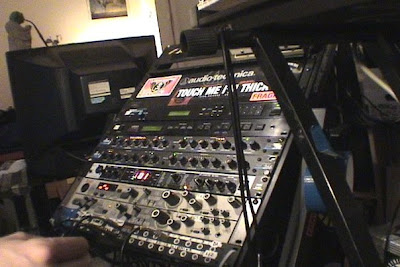 Outside gig for Quebec 400th birthday
2009 started making 2 hours plus live sets, tried to set a world record for longest 1 man live PA (my longest to date is 7 hours 40 minutes non stop) (abandonned that pretty quick when i was the rules and $ implied) 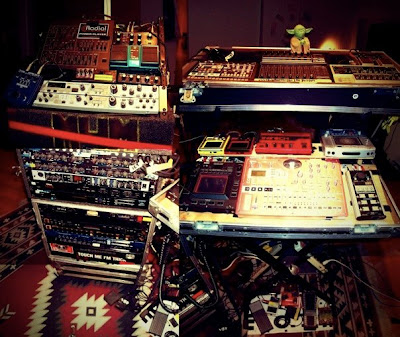